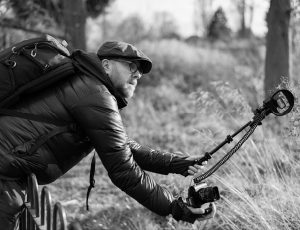 GRANT SIMON ROGERS (*1964) trained at Portsmouth College of Art and is devoted to art
education and visual literacy for all ages. He is a visiting lecturer at the National Gallery, at
Christie’s Education, at the Central Saint Martins – University of Arts, and other museums and
cultural institutions in London and across Continental Europe. The artist lives and works in
London and Berlin.

Among the many influences that inspire Grant’s works are a blend of storytelling – from William
Blake to Philip Pullman – and all forms of visual art from its early beginnings until now. Some of
the artist’s particularly strong influences are the films of Powell & Pressburger and Akira
Kurosawa.

Grant about his work:

Mixed Display of Gallery Artists: Darl-e and the Bear, Woodstock

Everything I have Ever Learnt, Art at the Arb, Cambridge University 2019

We are all very Small, the Barbican Arts Centre, London 2010

We are all very Small, Chapel Row Gallery Bath, 2009

We are all very Small, Cork Street Gallery, London 2006

Unspeakable. The Artist  as Witness to the Holocaust, Imperial War Museum, London. 2008

Game On. Barbican London. The History and Culture of Computer Games. Touring 2002 – 2016

Grant is a visiting lecturer at many of Londons top cultural collections and attractions. He is passionate on the importance of visual literacy for all ages. For many years he has specialised in drawing for well being courses for all ages targeting through museum public programmes non artists. These have taken the form of public participation events where visitors work has contributed to the whole project.

This Is Colossal International Arts Blog 2012